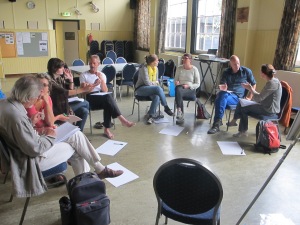 This is a unique opportunity to meet one of the most experienced authorities of Philosophy with Children (PwC) in the world and to learn about PwC tradition in Australia. ‘Down Under is coming to High Swallow’. Australia is one of the few countries where Philosophy with children has a stable place in the curriculum of Primary schools.

In the workshop you will learn about practical and theoretical principles of philosophical community of inquiry, conceptual exploration with children, philosophical toolkit, constructing supporting materials for philosophical inquiry.

Place: Raadhuisstraat 24 A, 4927 AN Hooge Zwaluwe, The Netherlands

Philip is President of the Federation of Australasian Philosophy in Schools Associations and was for many years President of the Asia-Pacific Philosophy Education Network for Democracy, for which he edited, in association with UNESCO, a series of books on philosophy, democracy, education and human values. He has worked on documents on Ethical Behaviour for the Australian National Curriculum, and in 2010 was commissioned to develop and deliver an ethics pilot for public schools, which led to ethics being offered as an alternative to religious instruction.

Thinking Together: Philosophical Inquiry for the Classroom (Sydney: Hale & Iremonger, 1995).